LVP vs. RevWood: Which Is Best? 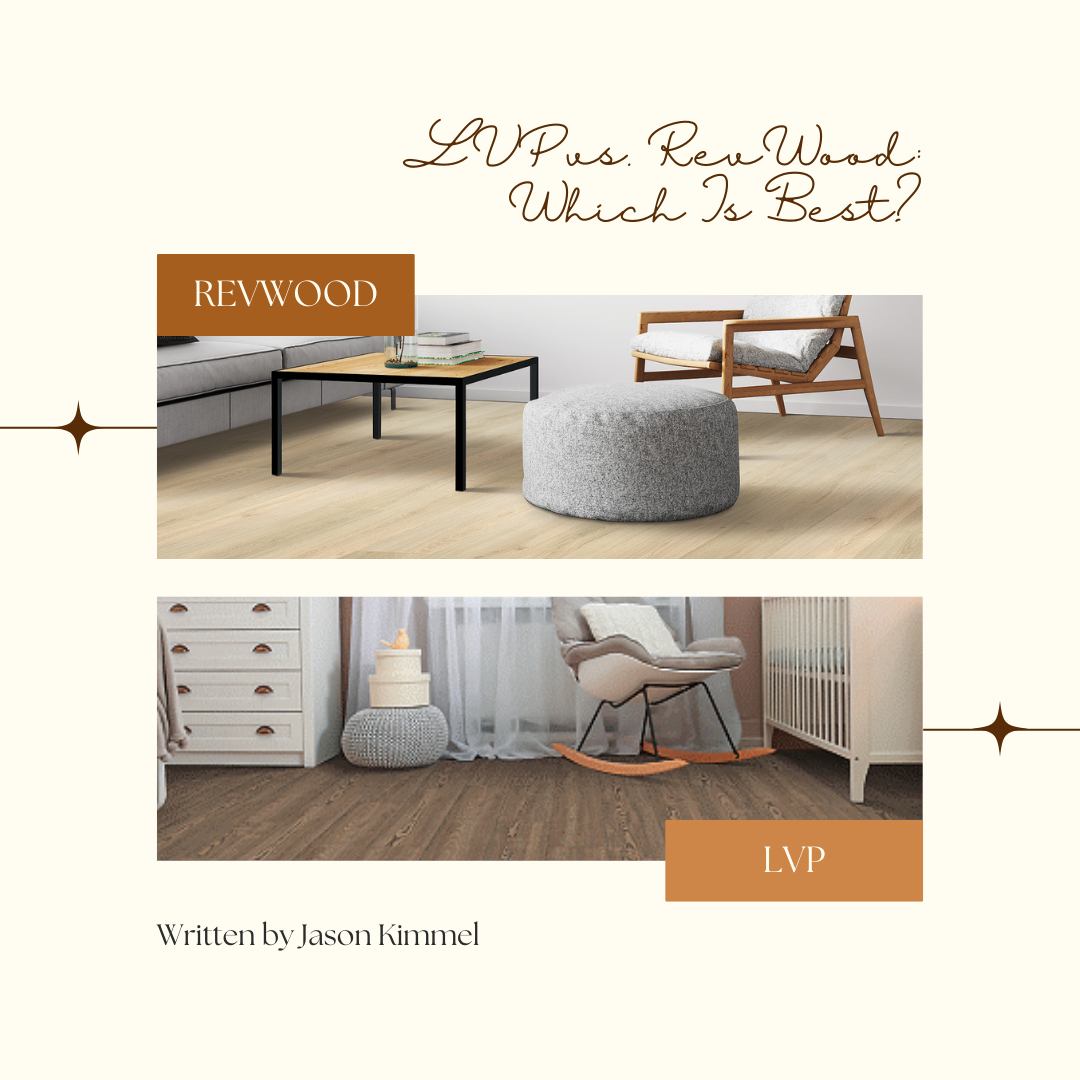 What are some of the key differences between LVP and RevWood?

The current homeowner wants a flooring solution that can handle typical heavy traffic areas and comes with warranties against damage caused by pets. In addition to this, they look for materials that are resistant to scuffs and scratches, those that are waterproof, and those that are long-lasting so that they may enjoy their floors for many years to come without having to worry about the effects of normal wear and use on their new floors.

Because Mohawk RevWood and LVP are both forms of flooring, it is only logical that the two will be compared against one another. Mohawk RevWood is a form of laminate flooring, whereas LVP belongs to the category of vinyl flooring. Both are impervious to the effects of moisture. However, vinyl flooring is known to be less durable than Mohawk Flooring's RevWood, so it would make sense that Mohawk RevWood would be a better option if you are looking for something that can withstand heavy foot traffic and spills.

How do you choose the type of flooring that is most suited for your house when there are so many different kinds to choose from? You want to choose something that will not only stand the test of time but also enhance the look of the room. Because of this, before making any choice, we strongly suggest having a conversation with an experienced flooring professional.

Luxury Vinyl Plank flooring is a better option to choose than wood floors for several reasons. For one thing, it's a cheaper alternative that gives the impression of being made of real hardwood. This beautiful surface can be enjoyed anywhere in your home thanks to the fact that it is made from a material that is 100% waterproof. This means that in addition to giving your home an equally luxurious appearance while also reducing the amount of money spent on maintenance, you can also take advantage of the money you save.

Laminate flooring wasn't usually known for being water-resistant, but a new generation of products from Mohawk has changed that. The RevWood collection gives homeowners an alternative to traditional LVPs that is resistant to water and scratches and looks like real wood without compromising quality.

Differences between LVP and RevWood

Both LVP and RevWood are excellent choices for individuals who want the look and feel of hardwood flooring in their home, but with the added benefit of being resistant to moisture. The overall recommendation goes to RevWood rather than LVP due to its scratch-resistant technology and its genuine wood looks. When compared to the other available LVP options, RevWood emerged victorious in a scratch test that was carried out with a key. You can easily perform this test on your own next time you're shopping for floors.